We Wine We Dine

This meal perfect for a summer night!

Preheat oven to 425. Sprinkle each filet of tilapia with paprika and thyme. Trim the leaves of the sprigs of cilantro and place on top of the tilapia. Bake for 7 minutes. Prepare the mango salsa according to Mango Salsa. In a pan heat each corn tortilla until it is slightly brown on each side. On each corn tortilla, place one third of the cooked tilapia and then sprinkle with red cabbage. Put a generous amount of mango salsa on top and serve immediately!

This recipe is really easy to make and can be adapted to what you have on hand. We’ve also made it with chicken and it turned out just as good. Tofu or chickpeas can also work as a vegetarian option. We’ve used a variety of frozen vegetable mixes and they have all worked well, so feel free to pick whichever mix you like best.

Heat a large frying pan and add olive oil. Saute onion and ginger for one minute. Then add shrimp, kale and frozen vegetable mix. Saute until all vegetables are heated throughout, about 7 minutes. Lower the heat to medium and add in the rice and soy sauce. Mix for 2 more minutes and serve! 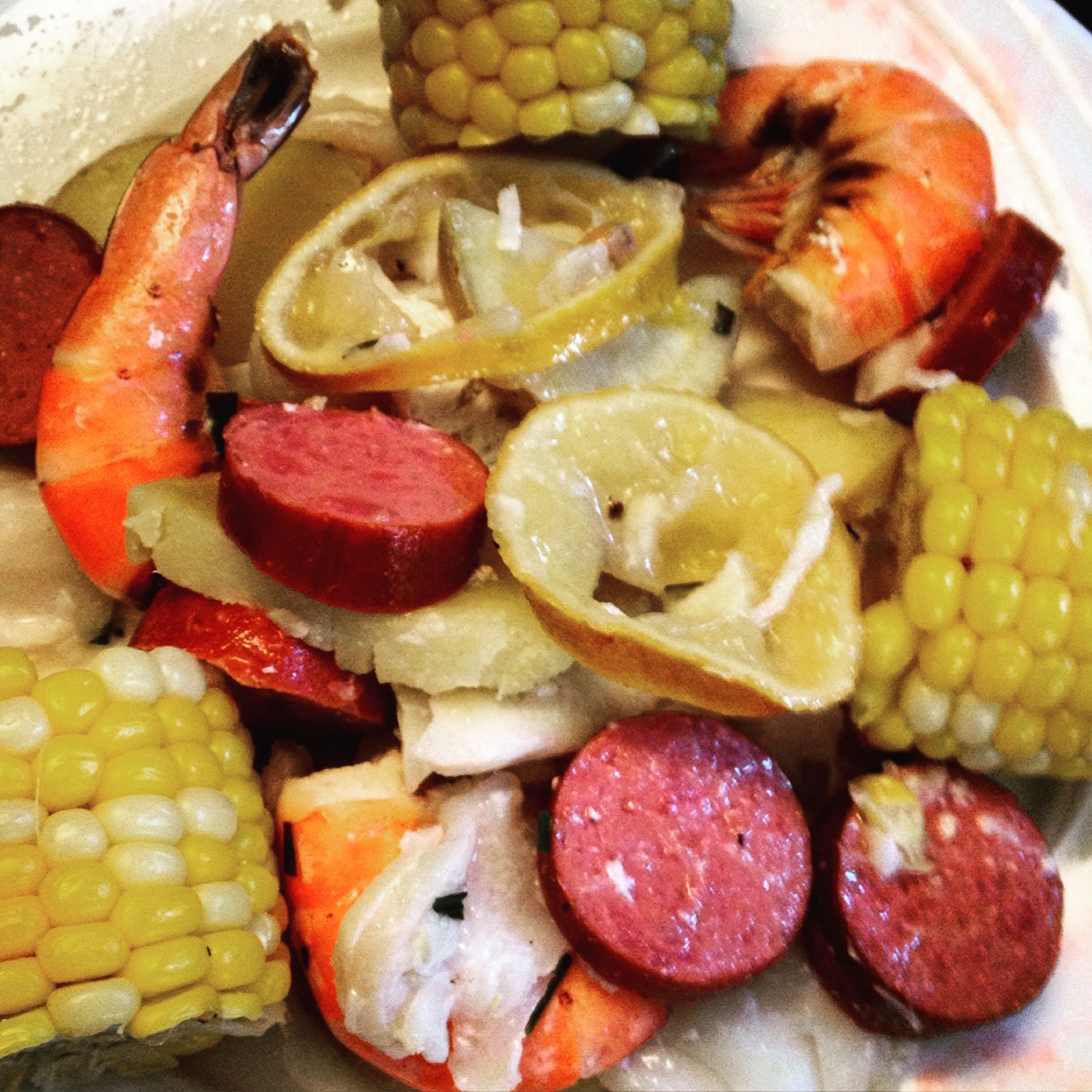 There’s nothing better during a New England summer than fresh seafood for dinner. This recipe is easy to make and fun to eat.

We used turkey sausage instead of the regular kind, but we’re sure either would be delicious. Many of our seasonings were done to taste. Also, the pot should always covered except for when you are adding things in.

Chop the potato, unpeeled, into 1-inch cubes. Fill a large pot with water 1-inch deep and put in potatoes and thyme.

Cover pot,  turn on high heat, and allow to cook until potatoes are soft but firm (about 8 minutes). While the potatoes are cooking, cut each corn into 2-inch thick pieces (about 6 per ear). Add in corn and cook for another 5 minutes. During this time, chop sausage into 1/4-inch disks and add that in. Slice lemon into disks and throw into pot. Add in shrimp and allow it to cook for a few minutes.

Chop fish into 2-inch (or so) filets. Sprinkle salt and chives on the fish. Cut butter into small pieces. Place fish into pot, evenly distributed, and spread butter chunks over the fish. Allow to cook for about three minutes, or until fish is fully done.

Note: These steps do not need to be followed to a tee. The most important thing is that the potatoes and corn need to cook for a lot longer than the fish and the shrimp. You should also feel free to experiment with different spices, seasonings, seafoods, and vegetables. Let us know how it turns out!